West London has long been considered an aspirational place to live, with prices reflecting its desirability. But with a multiple regeneration projects taking place in Hounslow, a unique opportunity is opening up for those looking to buy a West London home on a budget 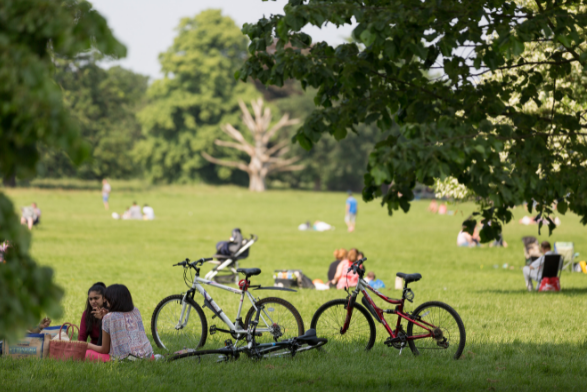 Cavendish Gardens is a collection of new modern homes a stone’s throw from Heathrow – and thanks to the Shared Ownership scheme, they’re more affordable than you might think. The area itself is fast becoming an exciting place to live, not only due to Hounslow’s huge make-over, but also because of the easy-to-access West London highlights that surround it. Here are a few reasons why we think Hounslow has so much to offer new home-owners:

Hounslow has a few favourites that always pull in the punters, such as Takaa Tak (authentic Indian cuisine) and The Sun pub, known for its beer garden and tasty Thai food. Vegetarians and vegans will love Vegology, which serves up plant-based wraps, burgers, pizzas and more in a fun, colourful setting. For creamy risottos, seasonal pasta dishes and a range of salads, try the local upmarket Italian, Il Bebo’s. They have a great kid’s menu, too.

As for shopping, The Treaty Centre is home to High Street brands – among them Next, River Island, New Look, Ernest Jones and H&M – as well as a food hall that’s popular with Hounslow locals. Also within the mall is the famous Hounslow Arts Centre, hosting a wide range of performing arts and theatre productions for all ages.

Part of Hounslow’s regeneration sees a remodelled town centre, complete with new shops, cafes and restaurants. Improved lighting, paving and planting promises to spruce up the High Street, plus there’ll be a new food market as well as permanent event spaces at Bell Square and Church Square. The exciting new High Street Quarter will bring in a plethora of new restaurants and cafes too, while the new 10-screen multiplex cinema is sure to be yet another Hounslow highlight.

You don’t have to sacrifice green space for vibrant West London living. Hounslow has easy access to sprawling parks and nature reserves – there are no less than 10 in the area, including historic Hounslow Heath, home to British wildlife and walking trails. Also nearby are two royal parks - Bushy Park and Richmond Park – both major London attractions where deer roam freely. Perhaps most excitingly, world-famous Kew Gardens, a UNESCO Heritage site home to 50,000 living plants is about 20 minutes from Cavendish Gardens by car (don’t miss the Japanese Gardens and the pagoda with capital views). Closer still is Beaversfield Park, a large green space with a play area for kids and a cricket field.

You get to live near historic landmarks

Surrounding Hounslow are landmarks of major historic importance – take Syon House and Park, a London estate built in the 16th century. Owned by the Duke of Northumberland, its grand classic interiors are adorned with a wealth of art, while its 139-acre park features landscaped gardens, an arboretum and even tidal water meadows. Part of the National Trust Collection, Osterley Park is a red-brick Georgian mansion with Neo-classical details – also holding an impressive art collection. Dating back to the 1570s, this magnificent home is set in 142 acres of perfect parkland.

Sports fans will appreciate being so close to the home of UK rugby: Twickenham Stadium, an 82,000-seat venue, is less than 15 minutes’ drive from Cavendish Gardens. Major international rugby tournaments aside, it also hosts big-name music concerts. There are gyms and sports centres in the area too – such as Any Time Fitness and Hounslow Sports Club – plus plenty of parks with football pitches and running routes.

For more information on Cavendish Gardens, Shared Ownership or to book a viewing, contact us on 020 3925 6235 or complete an enquiry form.