Hanwell is an emerging, quintessential West London neighbourhood, with its wealth of village characteristics, style and charm. 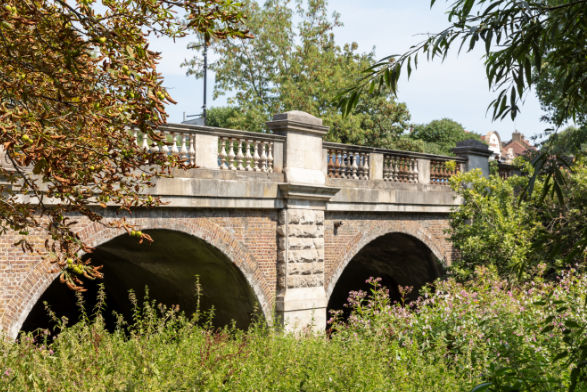 Hanwell was once an ancient farming village, dating back to the fifth and sixth centuries, with a small rural community of around 100 people who lived off the land. It remained a village until it was absorbed into its larger eastern neighbour of Ealing in 1926. By 1921 there were over 20,000 residents living in Hanwell, the biggest population increase taking place since 1891, with the number of houses increasing from the low hundreds over 1,200 by the turn of the 19th century.

It was the Victorian era of industry, education and transport that shaped the future of Hanwell, and lay the foundations for what defines this pocket of West London today. “Hanwell is one of London’s last remaining undiscovered villages. Properties in more established areas such as Clapham Old Town, Hampstead, Dulwich Village and Brackenbury have all grown in popularity – and value – in recent years, and Hanwell is certainly set to follow suit. All these village pockets, including Hanwell, are characterised by their charm and history, while boutique shops and independent eateries only add to the sense of community and village life,” says Knight Frank’s Partner – New Homes, Emma Fletcher-Brewer.

The Wharncliffe Viaduct, one of Hanwell’s most famous landmarks was built in 1836 and was constructed for the opening of the Great Western Railway to carry passengers across the Brent Valley between Hanwell, Southall and Ealing. It was the first major structural design by Isambard Kingdom Brunel and also brought people and jobs to the area.

Today, Hanwell blends new and old, and whilst major regeneration is taking place along the Grand Union Canal nearby to Hanwell’s ‘Flight of Locks’, the town centre and riverside retains much of its village charm and distinguishable Victorian heritage. The grade II listed Hanwell station building, mid-Victorian pub The Fox by the riverside and even the Hanwell Carnival, which dates back to 1898, provide a glimpse into Hanwell’s rich past. “It’s fascinating that we fast forward over 100 years and history repeats itself - with the arrival of Crossrail into Hanwell station once again improving the infrastructure and connectivity of the area and the incredible choice of schools in Ealing a key driving factor for families considering a move West,” says Rosie Nesbitt, Director of Sales and Marketing at FABRICA. The leafy residential streets, located off Uxbridge Road and Boston Road, reveal much of Hanwell’s splendid architecture, with rows of beautiful Victorian housing leading westward to the Brent River canal path.

It is these such hidden charms of Hanwell that is putting West London firmly in the spotlight.

According to a Focus on: West London report by sales agent Knight Frank, house prices in the London Borough of Ealing have increased 70% over the past decade, compared to an increase of 64% in the local Borough of Hounslow (Land Registry data). Popularity of the area has also increased in the last five years, with data from the ONS showing a 22% increase in the number of people moving to Ealing, whilst the Greater London Authority forecasts that the overall population of the borough will grow 12% in the next decade. The average housing prices of Ealing (£480,254) remain just below the London average of £484,864, and 45% below Richmond Upon Thames’s £694,88, it’s no secret that Hanwell is the next up-and-coming hot spot, especially with Crossrail’s Elizabeth line soon to be serving Hanwell Station.