Why everyone's moving to West Ealing

It’s had its fair share of ups, downs and remarkable turnarounds over the years, but West Ealing today has never been more desirable. With its impressive transport links, eight-square-kilometres of green space and endless amenities, more and more people are making this neighbourhood the place they call home. Add to that a £5 billion investment and this ever-evolving borough can only get better. 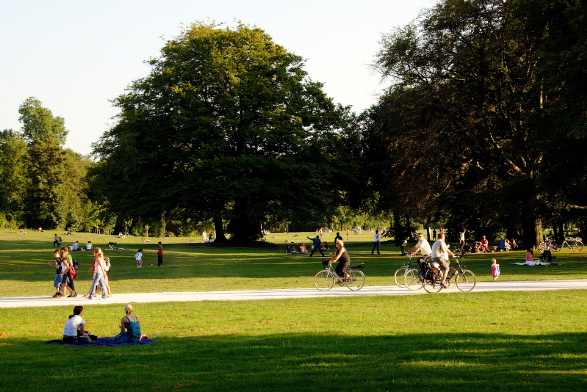 The changing face of Ealing

Rewind to the 1800s and what’s now known as Ealing was merely a small village only just beginning to turn heads. Londoners on the hunt for green space began to flock here, lured by its leafy streets, Victorian houses and close proximity to the city centre. Soon came the arrival the railway, new parks, shops, amenities, and improved transport links. The ‘Queen of the Suburbs’ had arrived, putting Ealing on the map for all the right reasons.

Fast forward to today and the area’s wealth of regeneration over recent years have turned it into a place that offers something for everyone – from young professionals looking for a commuter hotspot to families on the hunt for good schools and a village vibe. Not only is it winning the hearts of Londoners, people moving to Ealing from from all around the world has made it the fourth most culturally diverse borough in the capital.

One of Ealing’s biggest selling points is its impressive transport links, and it’s one of the best-connected places in London. West Ealing station, just moments from JIGSAW, has trains into both the heart of the capital and Heathrow in under 20 minutes – and London Paddington in under 15. And if that wasn’t convenient enough, the impending arrival of the Elizabeth Line – which will run through West Ealing station – will make it better connected than ever before. Residents also benefit from Ealing Broadway’s Piccadilly, Central, and District lines, along with the borough’s huge network of busses. What was once merely the ‘outskirts of London’ is now more connected to the city than ever before.

The world on West Ealing’s doorstep

As one of London’s biggest boroughs, Ealing has you covered from eateries to amenities and you can find pretty much everything you need without setting foot on public transport. From the JIGSAW apartments, Broadway high street is just a two-minute walk away or it’s a 15-minutes stroll to Ealing Broadway – both buzzing with independent shops, lively cafes and everything in between.

Its thriving arts and cultural started with the Rolling Stones, Fleetwood Mac and Jimi Hendrix making their names here. And it still lives on today in the neighbourhood’s galleries, museums and theatres, as well as playing host to some of London’s much-loved festivals. Not forgetting the world-famous Ealing Studios, which brought us some of our favourite film and TV classics – from Doctor Who to Downton Abbey.

A promising future ahead

You only need to look at the area’s increasing property prices to see its rising appeal. According to Rightmove, house prices in West Ealing were up 15% from the previous year and 6% up on the 2017 peak, which will no doubt increase with the completion of the Elizabeth Line. Whilst prices are on the rise, Ealing – particularly West Ealing – still offers significant value for money, especially compared to its Hammersmith, Chiswick and Kew neighbours. So that’s the West London location, without the hefty West London price tag.

A further £5 billion is being invested into new homes, transport, infrastructure, retail and leisure. With that, it’s no surprise that the population is set to increase by 7.6% by 2026, with 92% of that growth concentrated around Ealing Broadway.

The ‘Future Ealing Borough Plan 2018-22’ gives us a peek into what lies ahead – from increased job opportunities to reduced crime. A 2015 survey suggested 95% of residents feel safe in Ealing – and the borough are working alongside Met police to keep this figure high. Reducing emissions across the Ealing is another of its core aims in a bid to make the borough carbon neutral by 2030. So, we could well be looking at a safer, cleaner Ealing in the coming years.

As London boroughs go, Ealing pretty much has it all – from excellent transport links to glorious green space. And with promise of better things to come, we can’t wait to see what the future holds for this West-London gem.