A free film festival for Ealing this summer

The big screen comes to Ealing Green on 11-12 August 2017 when a team from GSM London puts on the first ever Ealing Free Film Festival. 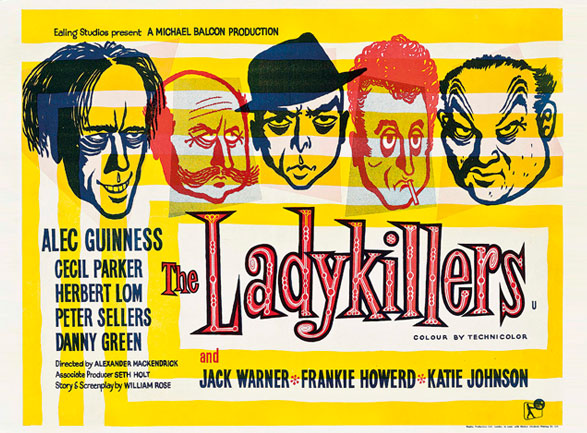 Original film poster for The Ladykillers by Reginald Mount
Cinema fans of all ages are invited to the two-day celebration of Ealing's film heritage, which will feature outdoor screenings of classic black comedy 'The Ladykillers' (1955) and the Broadway musical adaptation 'Dreamgirls' (2006).

Project organiser Hope Flynn, a lecturer at GSM London's Greenford campus, launched the crowdfunding campaign in the spring. Now that funding has been secured, she wants to see the project engage the Ealing community and celebrate the area as a creative and artistic hub.

"Everybody loves film and we believe film creates a buzz wherever it happens. Free films are a great way to engage the local community and we aim to build connections and nurture partnerships with local businesses and individuals."

The event also provides an opportunity for GSM London students to apply the skills they've developed in their studies to a real-life project for the benefit of the local community.

Hope is keen for the festival to become an annual occurrence that becomes firmly embedded in the Ealing cultural calendar.

"We sincerely hope our community will support our efforts and help us to deliver some really exciting film events. Our long-term vision is to provide a varied selection of film screenings, provide many volunteering opportunities and with your support hope to eventually find a permanent home for Ealing Free Film Festival."

'The Ladykillers' stars Alec Guinness as the leader of a gang of bumbling thieves who meet their match in the form of an elderly widow. It will be screened on 11 August 2017.

'Dreamgirls' stars Jamie Foxx and Beyoncé Knowles, and is adapted from the 1981 Broadway musical of the same name. It will be screened on 12 August 2017.

Get directions to Ealing Green here.