A pint-sized revolution has come to West Ealing!

The Micropub craze, first spawned further eastwards in the Garden of England, Kent, is making waves westward and settling its roots in the latest venue of West Ealing. 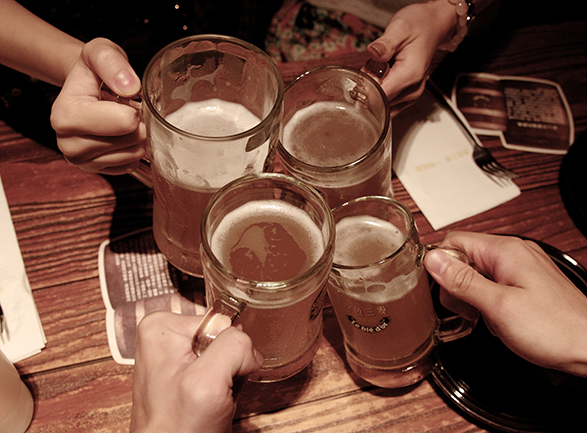 Photo: Cheers! by Liu Yu Cheng. Licensed under CC BY 2.0
A Micropub is generally a small freehouse that understands and incorporates the views of its customers to shape the way it does its business. These are independently run, without the governance of shareholders and inflated prices on drinks, serving cask ales, some of which may be brewed on site! With no Sky Sports in sight, the Micropub model is excellent in developing a proper community, not through a Micropub Whatsapp group, but through the medium of good old-fashioned conversation.

The idea has seen a hive of activity in West Ealing as of late, last year we mentioned that ‘The Owl and The Pussycat’ opened its doors to the vibrant community of Ealing, and its economic fabric is further evolving with the addition of ‘The Dodo’, which opened its doors just after the new year.

‘The Dodo’ is run by three key members of staff. Lucy is the brains behind the business, leaving behind an extensive career in Marketing / Publishing, getting out of the rat race to live a slower pace life on her own terms, behind the bar. Lucy is joined by Alex and the Head of Security, Bo the French Bulldog.

One thing is for sure, its atmosphere certainly isn’t “as dead as a Dodo”.

We welcome the new breed of creativity within micro and independent businesses to West Ealing, bringing an essence of vibrancy that the established London boroughs, such as Shoreditch and Dalston pride themselves on. Residents of Jigsaw will be able to experience a flavour of East London trends right on their doorstep, starting the night in the right frame of mind, saving the need for the night tube or a costly Uber to another part of town.