Why now's the time to join Londoners flocking to Camberwell

Camberwell has long been on the ‘ones-to-watch’ list. It’s no surprise given its Georgian streets and leafy village feel – all in a zone 2 location, a mere 2 miles from Waterloo. But this once-hidden gem is secret no more, fast-becoming one of South London’s coolest and trendiest neighbourhoods. And with £1.5 million soon-to-be invested into the area, Camberwell’s upward curve will only continue. So, if you’re looking for a place to put down roots in the city, this is it. 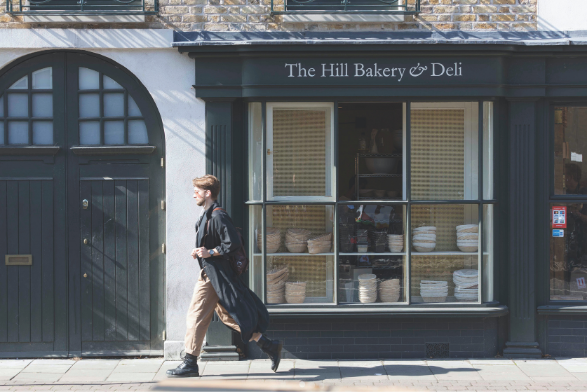 The rise of SE5

It didn’t take long for Camberwell to transition from ‘up-and-coming’ to a bohemian hotspot; boasting the perfect blend of green space, tree-lined streets, independent restaurants, arty cafes and thriving pubs. Little did Londoners know such a community feel existed so close to the capital’s hustle and bustle. That penny-drop moment has seen more and more people flock to the area, before the rest of the city catch on.

The proof is in the rising house prices. According to Rightmove, the overall sold prices in Camberwell are 10% up on the previous year. But help-to-buy options in the area, like the Wyndham Studios development, still make it possible for first-time buyers to invest in property. “With its thriving art scene, appealing greenery and brilliant transport links, it was inevitable that Camberwell would soon become South London’s next hot spot,” says JLL’s Residential Director, Peter Gibney.

So why was this colourful zone 2 location been undervalued for so long? Sitting bang in the middle of a number of popular and fast-changing suburbs (the likes of Peckham, Brixton and Elephant & Castle), it was only a matter of time before Camberwell played catch up.

Glimmers of the area’s creativity have always shone, but in more recent years, the iconic arts college and arts festival have taken its cultural edge to another level. And with creative folk comes a welcome flurry of independent restaurants, cafes and shops, popping up in this green suburb like daisies over the last decade. You can eat your way around the world without venturing off the high street, and you’re free to indulge in more baked good than you can shake a baguette at.

Another lure for Londoners is Camberwell’s excellent transport links, but not everyone’s cottoned on to how well connected it really is. The Oval’s northern line is within walking distance. Add to that an impressive network of rail and overground trains and buses, and it’s easy to get anywhere in the city.

Then there’s the green space – and a hell of a lot of it. Burgess Park, on the doorstep of Wyndham Studios, has 56-hectors worth and Camberwell Green continues to be the area’s hub, playing host to its weekly Farmer’s Market.

Promise for the future

Regeneration money has been flooding into Camberwell over the last decade, which has seen the spruce-up of the Green, enhanced streetscapes and refurbished leisure centres to name but a few improvements to the area. Last year, Southwark Council was awarded a further £1.5m to invest in Camberwell by the GLA’s Good Growth Fund. The funding will be used to transform three key areas in Camberwell identified by its locals – from creating better connections from Denmark Hill to improving the landscaping on Camberwell Station Road.

Another exciting prospect – although not yet confirmed – is a Bakerloo line extension that’s been proposed to serve the area, which would greatly add to its desirability if it was to go ahead.

So it seems Camberwell is no longer up-and-coming – it’s well and truly arrived. And its future promises a lot to get excited about – we can’t wait to see how it evolves. Our tip? Get in there, before others do.